This page regroup important basis related to cooling in general. This is the result of my own experience and I hope it will help you.

PH is an excellent an cheap to measure indicator of water health. It should be between 7 and 9.

If PH suddenly drop (< 6) and smell like formic acid, check presence of glycol in the circuit !
When exposed to aluminum/coper and to air in a circuit, glycol mixed with water can generate acide, causing a student PH drop. Many related paper can be found on the National Institute of Standards and Technology web site : http://fire.nist.gov
http://www.veoliawaterstna.com/crownsolutions/ressources/documents/2/21823,Glycol.pdf

THIS thing is the worst nightmare of datacenter cooling manager.

“Galvanic corrosion is an electrochemical process in which one metal corrodes preferentially to another when both metals are in electrical contact, in the presence of an electrolyte. This same galvanic reaction is exploited in primary batteries to generate an electrical voltage.” (Wikipedia)

Most datacenter are affected by galvanic corrosion, especially when different materials like copper and aluminum are used in the hydraulic systems. This generates surface deterioration and particles in the flow. Galvanic corrosion is a very well know effect in amateur water-cooling communities. 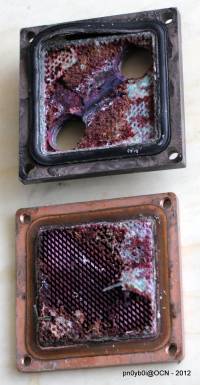 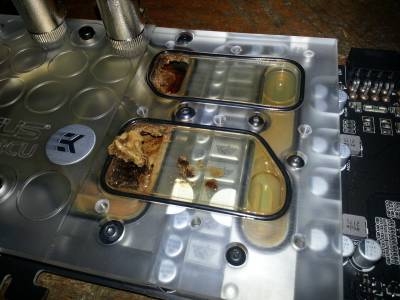 When mixing two metals with an electrolyte (water), you create a cell. The more “anodic” (or “less noble”) metal will be the negative terminal (anode) of the cell thus made, and will oxidize.

To evaluate the intensity of the effect on a site, list all materials and compare their anodic index (this parameter is a measure of the electrochemical voltage that will be developed between the metal and gold).

In most datacenter, heat exchangers are in aluminum and many valves/other hydraulic components are in copper or brass (copper + zinc) (especially inside chillers and air handling unit), creating galvanic effect.

Presence of particles in the water (or abnormal color), pressure rising in pipes, or voltage between pipes and ground, are mainly due to galvanic corrosion.

Humid air is mainly used for room temperature and humidity management, but also for outside air with adiabatic coolers. Cooling manager must know how to use the psychometric chart to detect energy losses or possible water condensing. 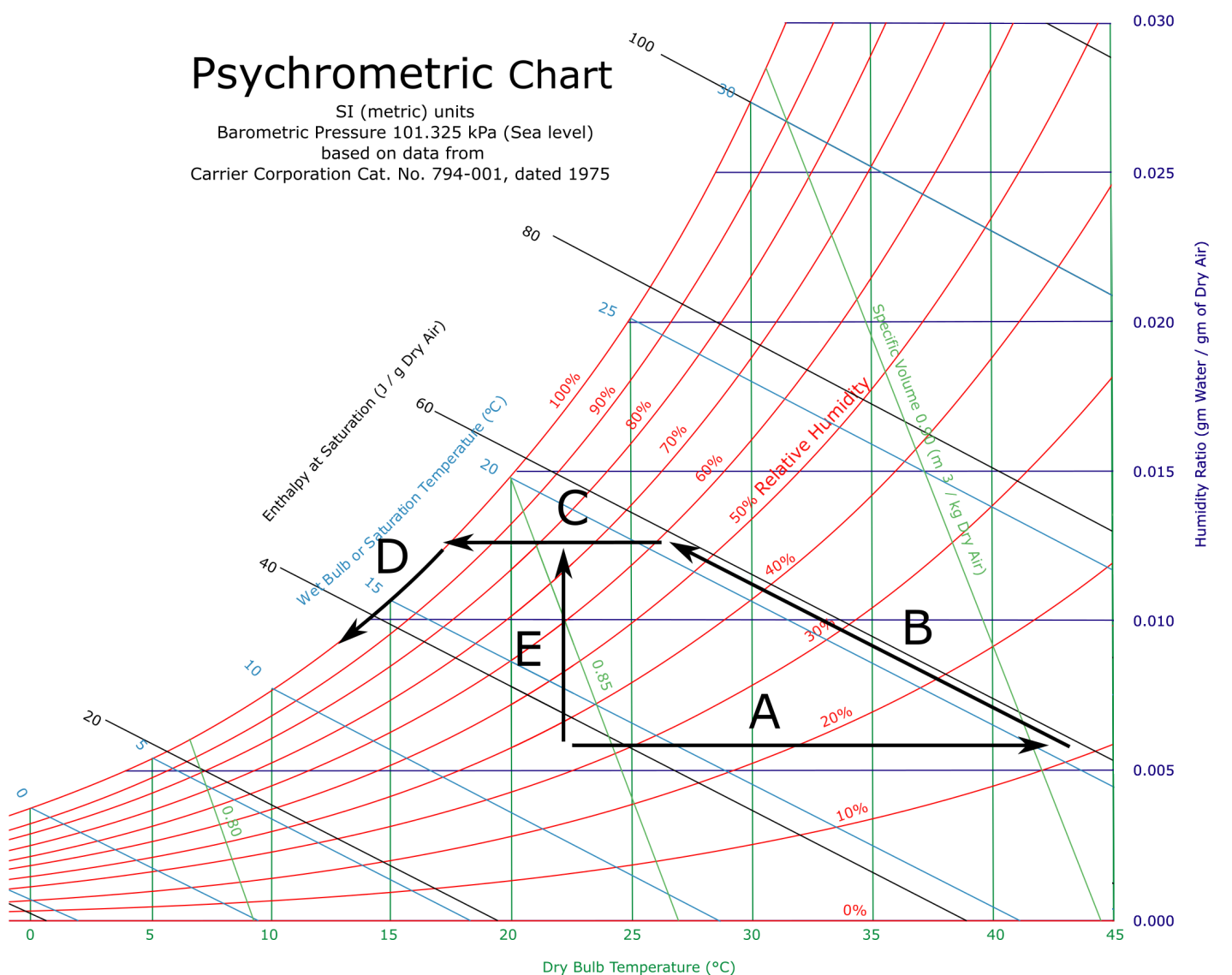 It is also interesting to understand vaporization chart, which highlight how much energy is needed/evacuated to change phase. 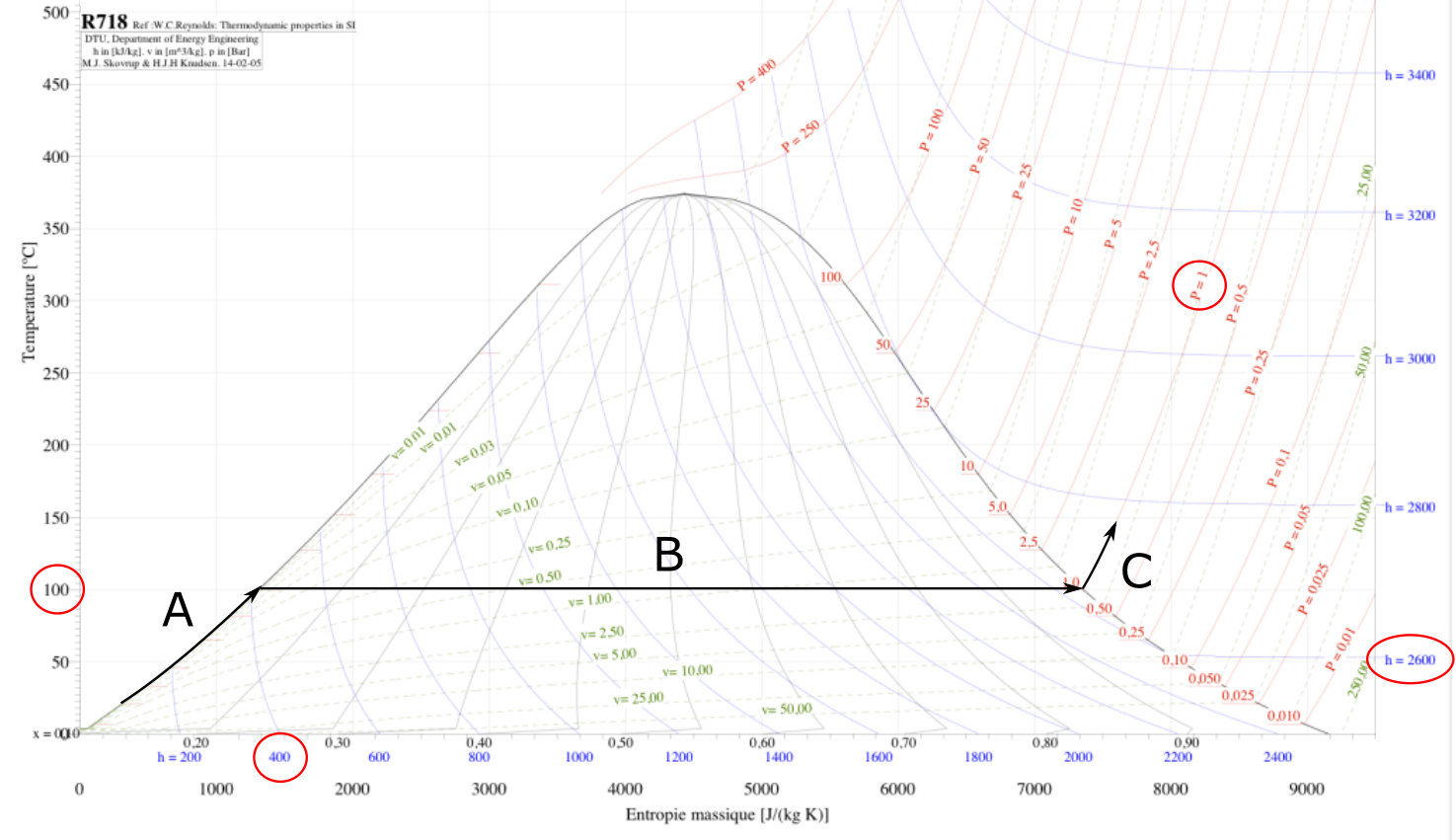 Note: values are only given for example.

For liquids and low mach gas flows, it is possible to assume fluids to be incompressible, and use Bernoulli principle :

Between two points (1 and 2) of a flow (in a pipe for example), it is possible to assume with no pressure losses :

There are two types of pressure losses :

Of course, losses are logical : curved shapes generates less losses than angular shapes. Same with pipes, the bigger the pipe, the less losses.

A good example is the following table, providing coefficients for singular losses, have a look on differences between shapes : 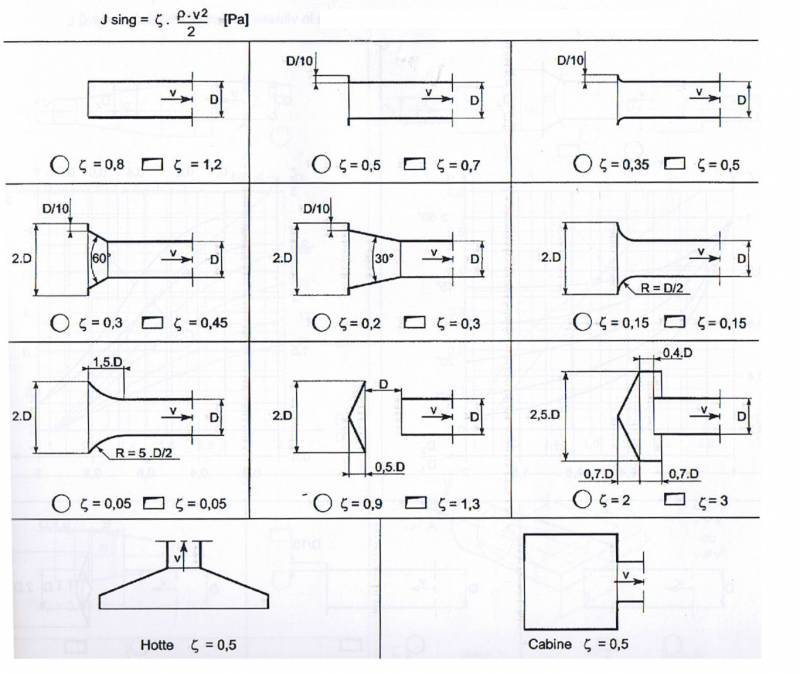